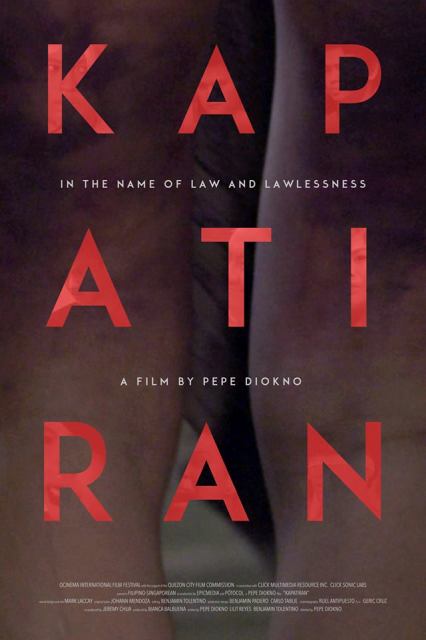 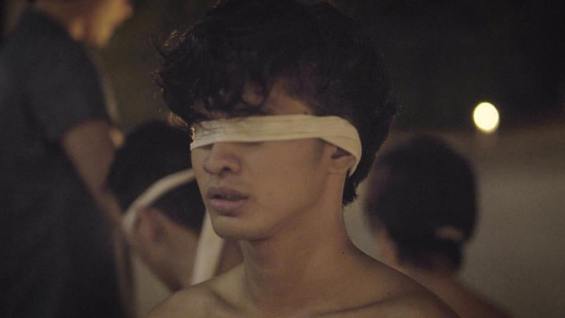 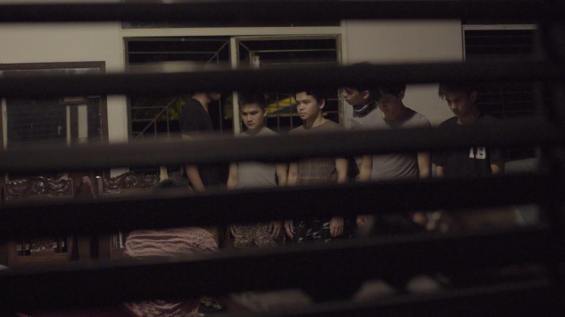 In an elite law school fraternity, ironically, law is out of the question. KAPATIRAN follows a week in the lives of a neophyte, a master, and a lawyer alumnus; and crosses the lines of money, power and connections within Manila’s society. This all culminates on a Sunday, at the grand final initiation rites of the brotherhood.

Pepe Diokno (b. 1987, Manila) is a film director, writer and producer. In 2009, his debut film, ENGKWENTRO, won the Lion of the Future – Luigi de Laurentiis Award and the Orizzonti Prize at the Venice Film Festival with it’s brave exposition of vigilante murders that take place in southern Philippines. Diokno is a rare, young voice in Philppine cinema, dealing with the difficult – often ignored – political and social issues his country faces. KAPATIRAN is his third film.