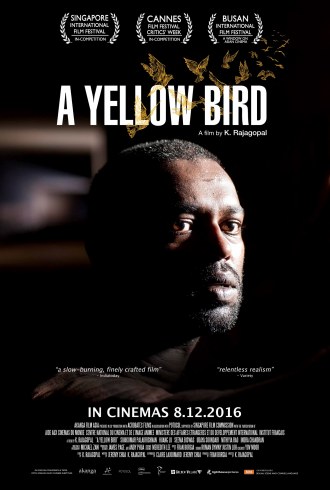 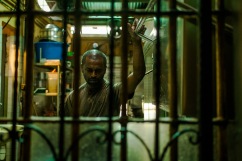 It is an unwelcomed homecoming for Siva Sudhakar, a 38 year old Singaporean Indian man, who is released from prison after 8 years for contraband smuggling. He returns to his mother’s flat to learn that his old bedroom has been rented out to migrant workers while his ex-wife and daughter have left without a trace. Unable to find forgiveness from his mother, he begins a quest to locate his ex-wife and daughter in order to right the wrongs against his family. An urban vagabond, he finds work crashing cymbals in a funeral band while he tracks down people from his past.

In his lonely journey, he finds a kindred spirit – Chen Chen, a hostile Chinese woman on a social visit who works illegally to earn money for her debt-ridden family back in China. They connect when one day, Siva defends Chen Chen from a lecherous band member who tries to take advantage of her financial need. Isolated in their harsh realities, they find comfort in the presence of one another. Just as he begins to finds solace and hope, he discovers the address of his ex-wife and daughter. There, he is confronted with a henious truth. How far will he go in order to redeem himself from his guilt?

Born 1965, lives and works in Singapore.

As a filmmaker, Rajagopal has won the Singapore International Film Festivalʼs Special Jury Prize for 3 consecutive years. I CANʼT SLEEP TONIGHT (1995), THE GLARE (1996) and ABSENCE (1997) have been featured at international festivals around the world. Other works include BROTHER (1999), which was commissioned by the Singapore Arts Festival; as well as TIMELESS (2011), which won Best Cinematography and Best Editing at the Singapore Short Film Awards 2011. He was also commissioned by the Singapore National Museum to create a short film, THE NEW WORLD, for the launch of their Digital Homeland Series. He also directed segments in the omnibus films LUCKY 7 and 7 Letters, the latter was commissioned to celebrate SG50.

Rajagopal also worked on stage for over ten years. He has collaborated with many notable theatre directors on projects such as MEDEA, MOTHER COURAGE, CAUCASIAN CHALK CIRCLE, BEAUTY WORLD and PRIVATE PARTS. After an 11-year hiatus, he appeared in the role of King Lear in THE KING LEAR PROJECT at Kunsten Festival Des Arts in Brussels and at the Singapore Arts Festival in 2008.

In 2012, K. Rajagopal was a recipient of the New Feature Talent Grant from the Media Development Authority of Singapore. A YELLOW BIRD is his first feature film.